Often when parents seek advice on the internet or in their community about their late talking toddler, they are told not to worry. Well meaning relatives and friends might share that someone in their family “didn’t talk until they were three and they turned out OK” or “don’t worry he’s just a boy and they all talk late”. Other parents report that their doctor advised them to wait and only seek help if the child wasn’t talking after three. With so much messaging in the community to just “wait and see” parents are often conflicted and confused as they see their child struggling to have a say in life.

The “Wait & See” approach for toddlers who are late to talk is an outdated misconception about typical language development and often associated with the reassurance “It’ll be OK as all children develop at their own pace.” While this is true to a certain extent, there are critical milestones that a child should reach by specific age ranges and when these milestones are not reached, there is concern. While there are certainly some children who do seem to catch up on their own, many others do not.

Approximately 70-80% of late talking toddlers will catch up but only if it is an expressive delay (i.e. only difficulties in talking with no delays in understanding, learning or social communication). While this might be reassuring, a significant proportion of these children (20-30%) do NOT catch up with their peers and can go on to have persistent language difficulties and later reading and writing difficulties in school that can be lifelong. We do not yet have the tools to predict which pathway a late talking toddler will take. This means that if a “Wait & See” approach is chosen, treatment that can make a significant if not lifelong impact on a child who needs it, might be unnecessarily delayed.

When parents notice that their toddler is not learning to talk as they should, at Therapy Matters we recommend an assessment as early as possible by a speech pathologist who can help recommend whether intervention is needed. The earlier a child with a delay receives help, the better their outcomes will be. Parents will rarely regret acting early but may regret acting late particularly if their child goes onto have persisting difficulties that could have been addressed by early intervention.

What do we know about “Late Talkers”?

A “Late Talker” is a toddler (between 18-30 months) who has good understanding of language, typical development in other areas (play, social communication, thinking and motor skills) but says limited words for their age (i.e. difficulties only with expressive language). These children seem to have all foundations there to learn, but they don’t talk or talk very little. It is important to flag that we are not talking about children with other developmental disorders in this group (e.g. children with Down syndrome, global developmental delay, autism spectrum disorder, cerebral palsy or childhood apraxia of speech).

Late talking toddlers are known to:

So if you have:

You should ACT EARLY NOW and seek the advice of a speech pathologist.

This blog based on invaluable content from the Hanen Centre http://www.hanen.org/ who have over 35 years experience supporting parent-led interventions for their children with language delays in everyday routines. 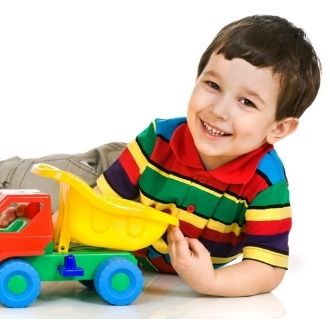